Life on a bike has started to be quite relaxing. Leaving Ceres we spent 30mins in a truck driving over a pass and then 30mins on the bike riding flat tarmac. The rest of the day was spent reading in a beautiful garden, and taking a walk to photograph some birds living on a nearby dam.

We were spending the night at Riaan’s house, Elizma’s brother. On a farm outside Op tie berg. Riaan gave me a fascinating insight into large scale farming in the Western Cape. He told me at a time they would employe 900 people in peak season. That seemed like a huge work force. He told me that a lot of people from Europe were very interested to see the farming methods used in South Africa, as a lot of things are still done by hand, as opposed to being mechanised in Europe.

Not knowing anything about farming as first hand experience, I can’t give much advice. However I do a lot of reading on the subject, and therefor able to ask a lot of questions. More questions than usual that is. We spoke about different methods, Riaan left me feeling very positive about the direction he and his wife were taking their business. Moving away from chemicals and pushing more towards long term solutions for enriching the soil.

Something that got us both excited. Was the use of fungi and its function in the soil. I first heard about a fungi called mycelium on a ted talk by Paul Stamets. He talks about the partnership between the fungi and the plants, as a mutual benefiting relationship. Somehow they feed each other nutrients. From what I understand the fungi takes from the soil and hands it over to the roots of the plant and the plant returns something for its good deed.

Riaan has started using a fungi in his fields with great results. He told me it was all about timing. Soaking the fungi into the soil quick enough before it evaporates. Once it takes hold of the roots, the vegetables and fungi begin their relationship. If you have a spare 20mins to watch the Ted talk, Paul Stamets will explain how we are losing this huge network of fungi due to depleting soils. Its recently been discovered that these fungi play a big part in the makeup of healthy soil. And when the soil gets ill the plants get ill. We get ill.

My most recent wake up call about the partnerships in nature, were finding the books of Masanobu Fukuoka. His first book “One straw revolution” can be found online as a PDF. It blew me away. The complexity of nature and how it cooperates is incomprehensible. But yet we try to comprehend. He is a Japanese man that spent 40 years of his life developing a method of natural farming. Stepping back and allowing nature with all of its partnerships to take hold and work together to produce an abundance of food. Matching and sometimes exceeding the yields per hectare of the big commercial farms in Japan. All the while using no fuel, no chemicals and no prepared compost.

This method however does not seem to have taken hold on a commercial level. I can only think it hasn’t, simply because the farmer has to adapt and learn from the surroundings more. Instead we shape things to suit our needs, and create methods that rely predominately on oil. 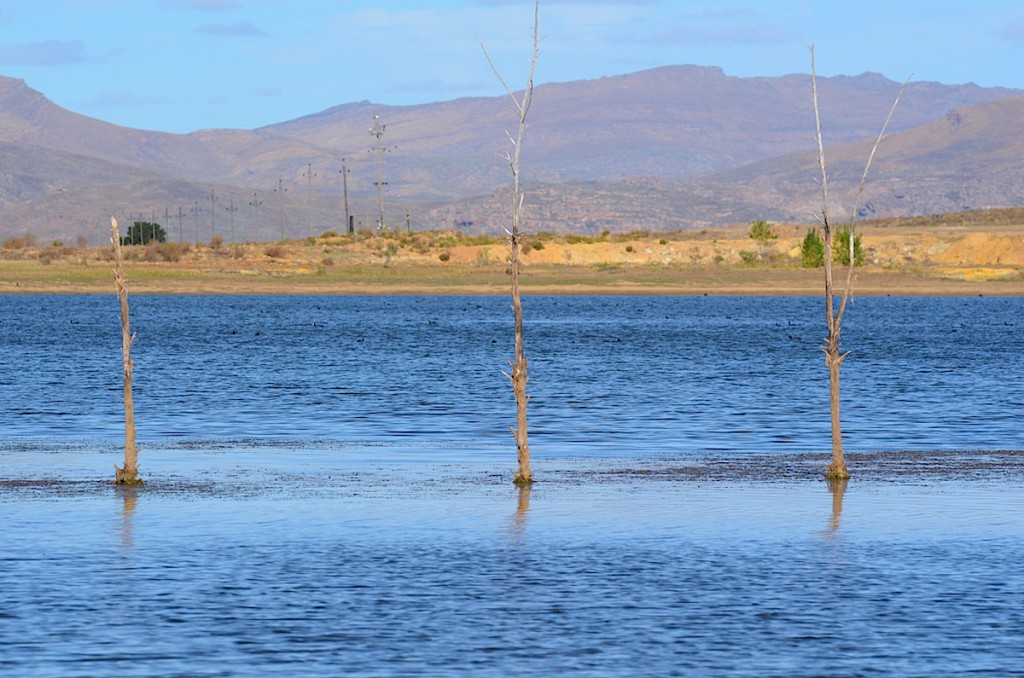 Larry a good friend of ours, teaches philosophy at a university in Cape Town. I find him very good to talk to when I have a few things floating around up there in my head. We were laughing about the food culture we’ve created as people today. Mainly the one crop growing culture. How we remove plants individually, and try our best to keep them separate from natures creatures and plants, and all the partnerships that come with them. Its an endless battle of controlling the soil, what goes into it, what lands and crawls on it. Fukuoka would argue its a fight not worth starting.

I love gathering information, thinking it through and discussing what I’ve thought and read. I felt very privileged to have met Riaan at the time I was reading a book about farming. I didn’t talk about Fukuoka’s methods with Riaan, I was much more interested to hear about what he was doing on his farm. Showing an interest in the methods I thought will make a positive impact. Something that really put a smile on my face when we were talking about the natural ways to improve crop yield. Riaan said that he and other farmers were using this up to date technology, to be one step ahead of the game. That they are being advised by scientists to use these methods for greater crop yield. That made me feel that we are taking a step in the right direction, away from chemical spraying.

Its interesting as humans that we trust in what we understand. I myself are guilty of this. I would only embark on this adventure, once I understood how to build a bicycle. This is where Fukuoka differs. He knows that he does not know, and puts his trust in the knowledge of nature. I will leave you with a quote from his book “Sowing seeds in the desert”

“No matter how much we search for freedom from not knowing, in the end, they should just return to the reality of nature and live their life in peace”