I’ve had this analogy floating around my head these last couple days. It’s what spurred me on to write this piece. Simply, it’s the thought that learning to wipe my bum. Is a bit like learning to tackle global warming.

In the beginning. Not from memory of course. Mum and dad were dealing with the sights and smells of having a new born baby. These were good times for me. I could make a real mess of things. Chuck food about. Shit my pants, any time, anywhere. If nothing was done about it, I could scream and shout as much as I liked until it was dealt with. No matter how bad the smell. There was always Mum and Dad to make things right again. I’m sure I’ve heard people say before.

However, I’m certain that if we left it up to the babies to deal with the mess. This reputation would fast disappear.

Looking back. I can safely say, that Mum and Dad were my first two leaders. People I looked to for all the answers. And what they said. I did. Sometimes I wasn’t very happy about, but ultimately I knew their word was final.

As I grew, in those early years. Things began to change. Some of the responsibilities that they had seen to. Started becoming my responsibilities. Before long, I was wiping my bum, spooning food into to my mouth and cleaning my own teeth. Hold on a second I thought. They’ve been leading me down the wrong road. I felt deceived. Life was never going to be as easy. As it was first laid out to be. They were preparing me to do, all that they do. By myself!

I started to panic. Throwing wobblies, breaking things, climbing trees, talking to imaginary friends. Doing just about anything I could to distract myself from the ever impending doom of solitary life in the outside world. 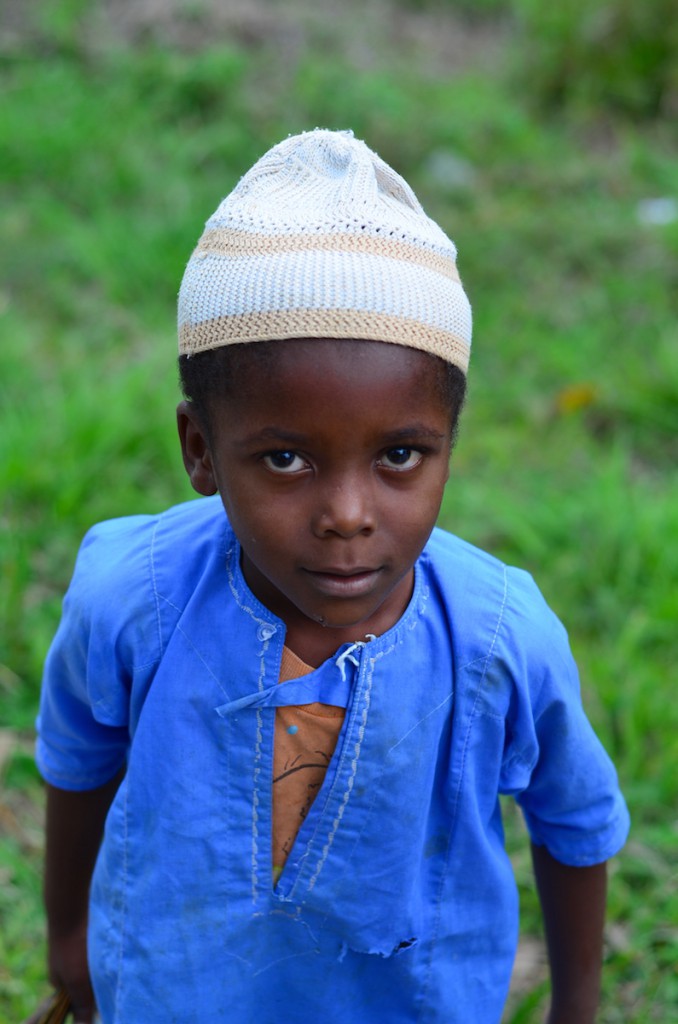 Then came school. Bloody hell I thought! This is a bit strict. Being told to sit down, be quiet and listen. I told them, I said:

‘You don’t know me. I’m that crazy guy. The one with all the energy that runs about the place, making noise and having fun. I can’t do this!

‘Ok. We’ll strike you deal. For two hours a day, we’ll let you run about the place, with all these other crazy guys. You can all make as much noise as you like and we won’t interfere. But when we ring this bell, you have to come inside and listen to us. No questions asked.

‘We are going to tell you how to become successful’

‘Sorry hearings not brilliant, grommets playing up again. Did you say become excessful or successful?’

‘I suppose money is a bit like love Elliot. For example, because you give your parents a lot of love. They do things for you. Take you to nice places, entertain you, feed you nice things. It’s because they love you. It’s a similar thing with money. If you have a lot of money, through success. You can have a lot of nice things. Some very successful people don’t even tidy their own bedroom. They get other people to do it for them.’

‘Yeah . . . but I have another question. Are we all going to be successful?’

‘But what happens to all of the people that aren’t successful?!’

‘Thats . . . not something you really need to worry about’

‘And the planet, do I need to worry about the planet?!’

‘Look Elliot . . . I think you’re missing the point. The system for being successful. Is not about others, or the environment or anything else really. Being successful is a about you. Whats important is how you become successful, nothing else matters.’

‘Yes Elliot, I’m glad you asked. It has got a name. It’s called capitalism.’ 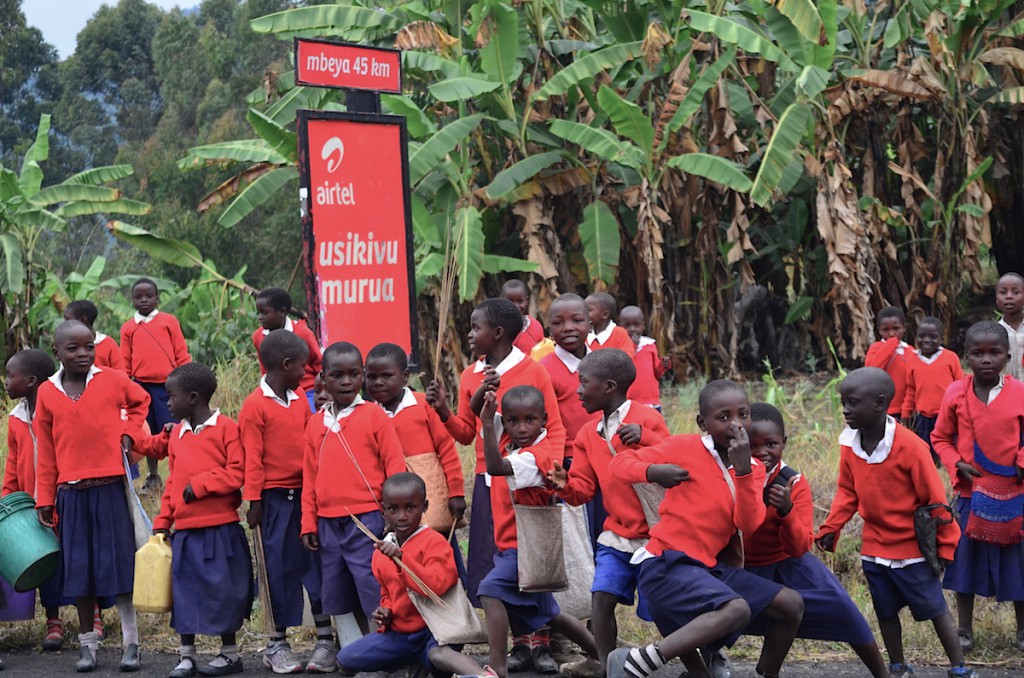 As school begins, we are introduced to another leader. The teacher. I think its fair to say that the children look up to their teachers. They trust them and believe what they say. I don’t feel this trust is a bad thing, as long as the children are taught to question their leaders. And the leaders should truthfully tell the followers what the future is likely to have install for them. If they don’t know, they should say they don’t know. Otherwise we get accustomed to being routinely lied to.

I have had many leaders and role models through out my life. Parents, teachers, musicians and sports stars. I often thought they had the answers. So it came as quite a shock some years ago. When I realised that my parents were not just parents. They were people like you and I. They were learning to be parents at the same time I was learning to be a new person. We were both just people, experiencing something new.

They did do a good job with me though. I’m alive and feel pretty positive about myself. But there are people however. That still have a bone to pick with their parents. Or think that the teacher did a bad job with them. That the responsibility is not theirs to be the person they want to be. That they are who they are because of other peoples mistakes. Now I’m not including people that have been abused or mis treated. I’m talking about the average Joe. It’s a bit like thinking that the planet is the way it is, because of what ‘others’ have done to it. 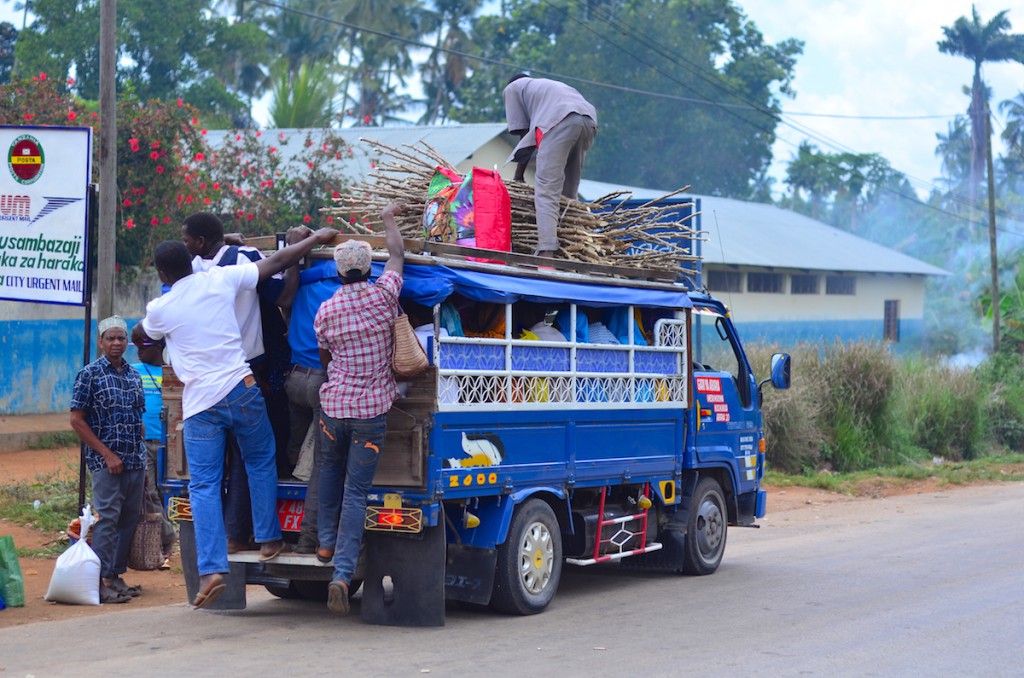 I have a feeling, that to be a leader. You need a follower. And to be a follower, you need a leader. However, when neither is following, nor leading. They are simply sitting, having a cup of tea. Relaxing. Being a person. It’s often the case that even leaders are followers themselves. And that there is no supreme leader that we all gain our answers from. We all look to one another asking. ‘Well who is leading and who is following?’ The answer is we are leading and following ourselves.

I’ve started reading this book, or should say nearly finished this book. It’s got a pretty hectic title:

In short, it’s about us, the earth, and shit hitting the fan. You might be thinking. ‘Put it down Elliot, it’s only going to make you depressed’ It hasn’t though, don’t worry. A sponge can only soak up so much water. What it  has made me think of, is the role of our leaders. And this is becoming more apparent to me as we cycle through Africa. 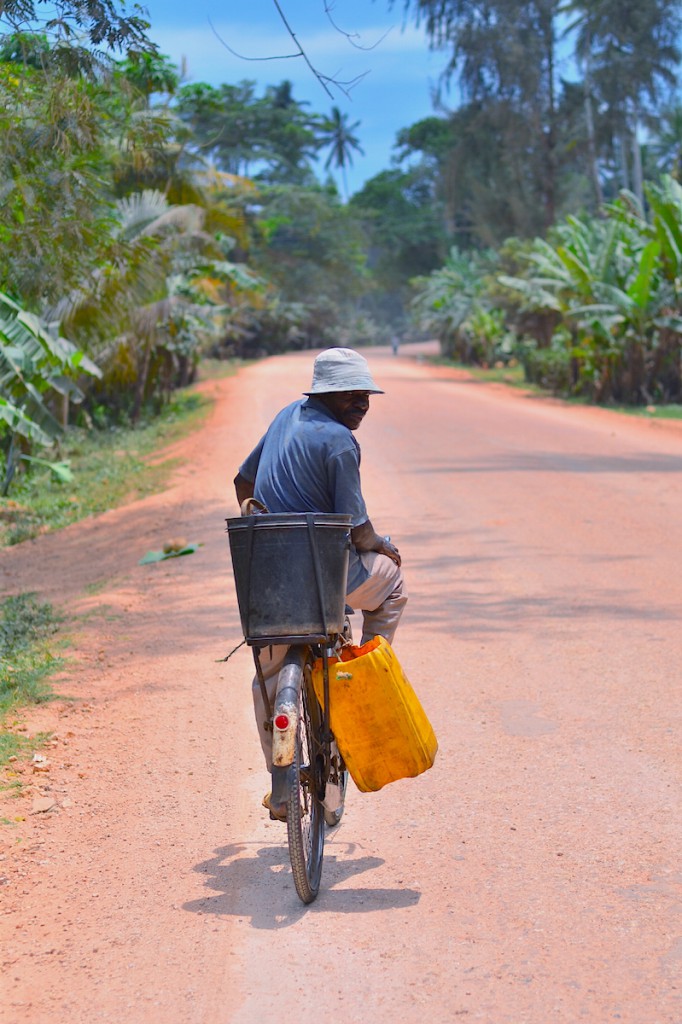 Right now. I am in the developing world. This could also be labelled as the future. And I am assuming that most of you reading this are in the developed world. Which could also be named the past. Correct me if I am wrong, but I don’t hear any cultures or countries. Trying to under develop. Everyone wants progress. And with the west leading the way the majority of people looking at us for the answers.

As of present day, progress means. More people, more food, more industry, more pollution and more consumption of natural non renewable resources. ‘Limits to Growth’ explains how these five main elements interact with one another using a computer model call world3. The model is so complex, it would be impossible for our mind to comprehend all the variables at once. 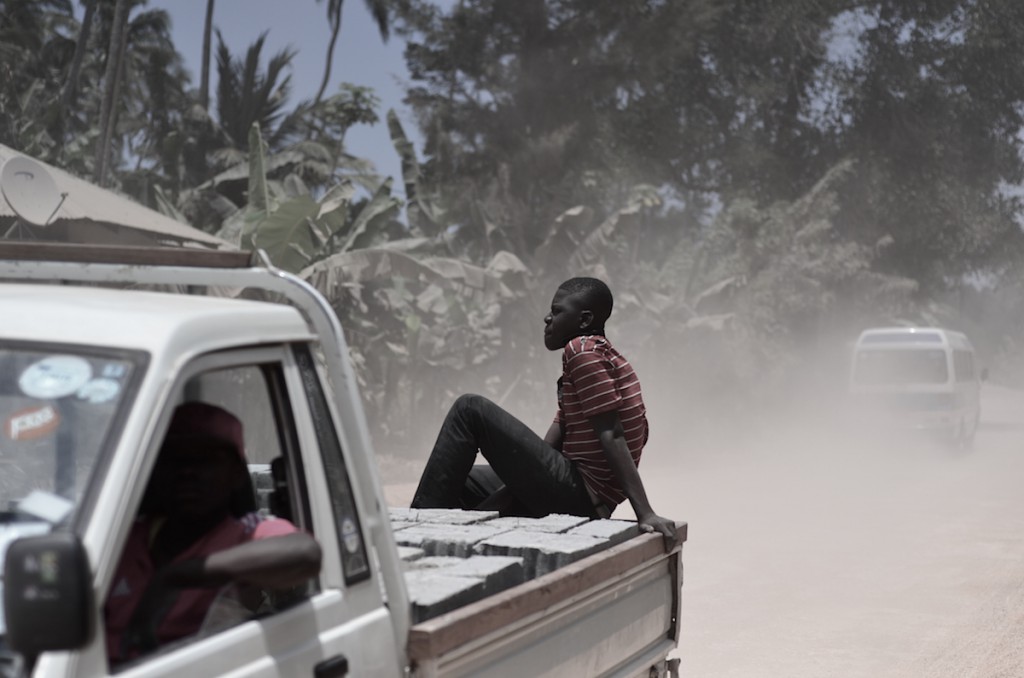 When the book was first published in 1972, many critics labelled it a dooms day book. Unfortunately much of what the computer model predicated 43 years ago, is sadly on track.

However the book was never intended to depress anyone. It was a group of intelligent people giving up their time, to do a great act for human kind. Like a wake up call. If we continue on this path, things will not remain as they are. As there is a limit to growth. 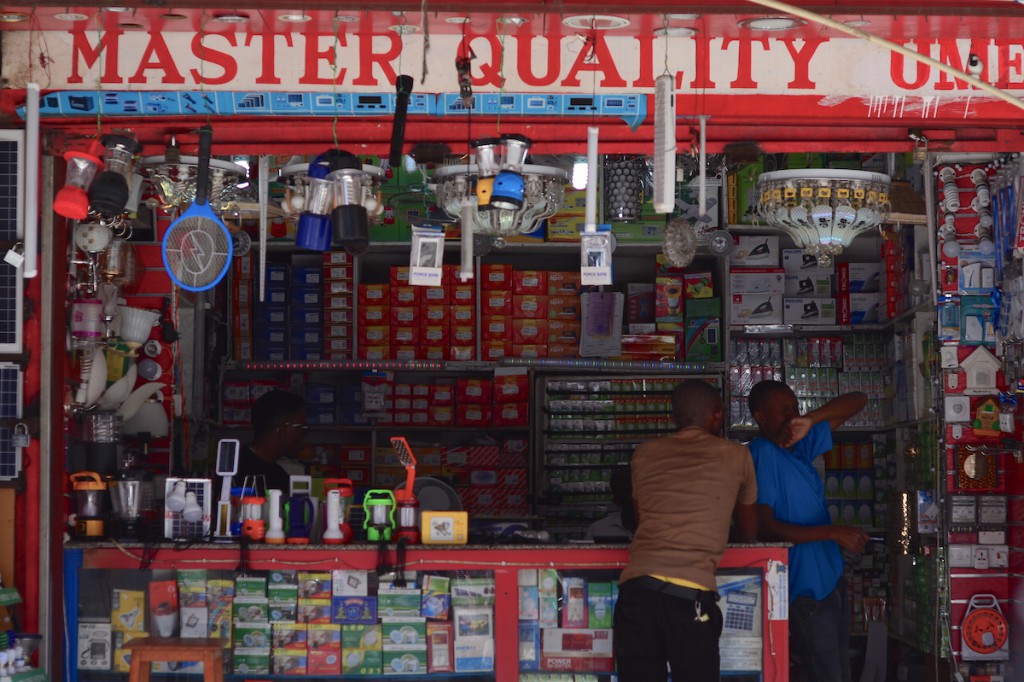 It is already acknowledged that the planet could not sustain us. If every person consumes as they do in the developed world. But the developing is catching up. We have seen it so cut and dry as we crossed the boarder from Malawi to Tanzania. Its a bit like playing that game spot the difference.

Everyone looks the same. We are still called Azungu. Fruit and veg, same. Weather, same. But yet everyone that was riding a bicycle in Malawi, now is riding a motorcycle. Its something subtle but yet dramatically different. We are now in Dar es Salaam, which is honestly a world away from laid back Lilongwe of Malawi. 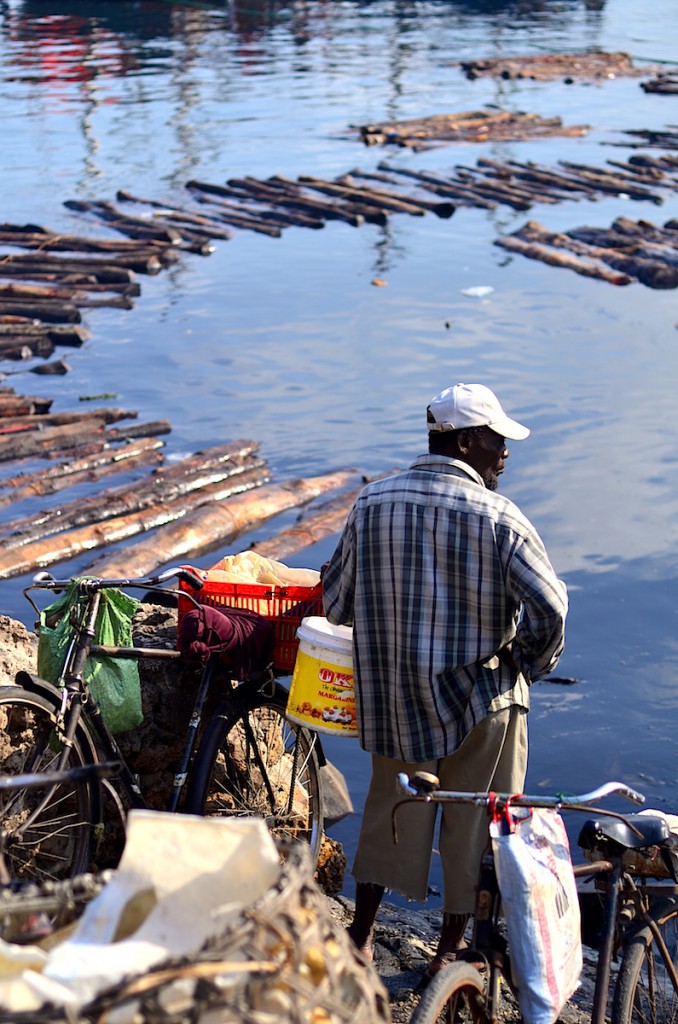 So why are we leading this growth, with the knowledge that it cannot be sustained? I guess we should ask our leaders that question? Make it the governments responsibility to deal with the problem.

But just like the realisation that my parents are not just parents, they are people like you and I. I have realised that the government leaders are also just people. And they cannot not take responsibility for the whole planet.

We are all responsible. Because lets be honest. No one is wiping our bum for us anyone more. We have to do it by ourselves.